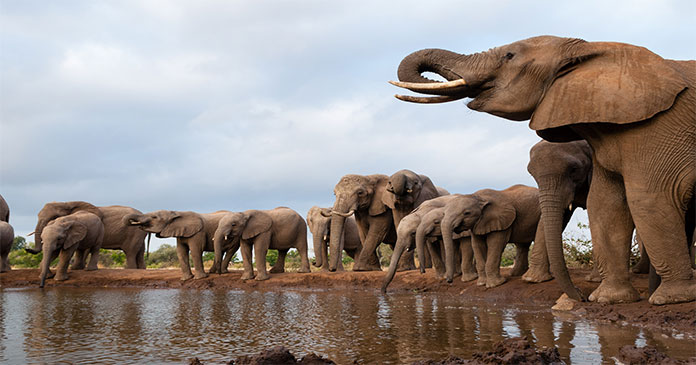 The government auctioned seven hunting licenses with each license allowing to kill 10 elephants by hunters in controlled hunting areas. Each hunting license was expected to sell at a price between $ 300,000 and $ 500,000. These packages were bought by tourist companies who in turn would ask for higher rates from the trophy hunters.

Botswana has the largest elephant population in the world. It is estimated that it is home to nearly 130,000 elephants. There are elephants everywhere. They can be seen resting under the shade of the trees, drinking by the river, or playing. For animal lovers, it’s a paradise as you can see the jumbos in their natural habitat. One can enjoy the passion of shooting the animal with cameras.

Now that the ban is revoked, it doesn’t go down well with conservatives who are already criticizing this step. Though Botswana has a large number of elephants as compared to the rest of the world yet they are generally regarded as an endangered species, especially in places like Asia.

The main reason for lifting the ban is to reduce the clashes between elephants and human beings. The increasing elephant population has created havoc on the life of the locals. There are a large number of conflicts between elephants and human beings. The elephants, in search of food, enter the farm and destroy the crops. In order to protect their farms, the farmers had clashes with elephants. Sometimes farmers are even trampled by the elephants.

The loss of lives and harvest has made the people speak of an alternative to get rid of the excessive elephant population. So this move of the government is highly appreciated by the locals.

Earlier, Ian Khama, the former President imposed a ban on the hunting of elephants in order to protect the animals from trophy hunters and ivory poachers. He himself was a conservationist and had a great love and concern for the elephants. He even introduced the controversial SHOOT TO KILL policy for stopping poachers.

Lifting the ban will actually reduce the elephant population but it is not an effective method. We can’t justify the killing of innocent animals.