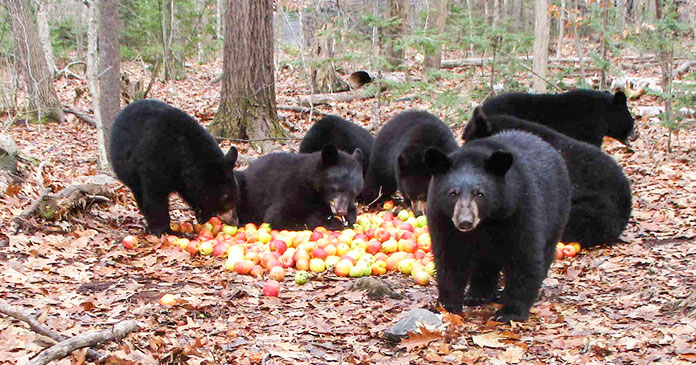 Different animals produce different sounds when they are happy. Cats purr, dogs woof, horses neigh, these are some of the sounds of the animals. Happiness is expressed differently by different animals. Have you ever wondered how a group of happy bear cubs express their happiness by producing sound?

Bears love fruits, especially forest fruits and apples. So the sanctuary decided to treat their residents with a pile of delicious apples. They shot the video on the camera and they had the sweetest surprise. The sound produced by the rescued bears was just heartwarming. 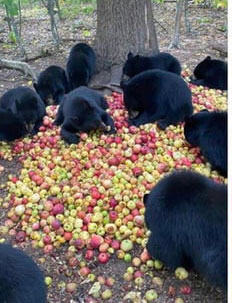 It is very rare for the black bears to vocalize so even the caretakers were surprised. The video was shot at Kilham Bear Center by John Fusco who is a writer, producer, and wildlife enthusiast. He shared the video on Twitter with the description- Have your ever heard bear cubs make their sound of contentment?

Kilham Bear Center is a sanctuary in Lyme, New Hampshire, and they’re mostly orphaned black bears from New Hampshire, Vermont, and Massachusetts are taken. In the sanctuary, the cubs are looked at and taken care till they are ready to get back in the wild.

According to Rae Wynn Grant who is a conservation scientist, the video shows that they are in a healthy sanctuary and they are feeling great and that’s why they are cooing. The bear cubs very fast to devour the apple pile. 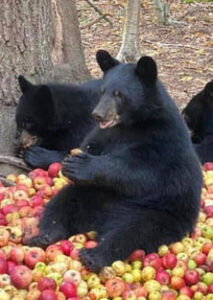