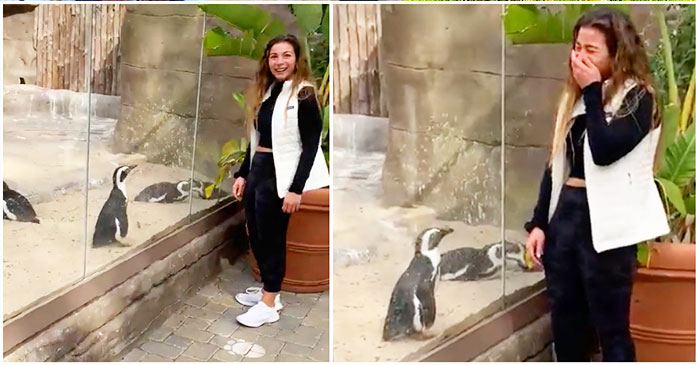 A zoo is a place where animals are housed within enclosures. They are cared for and displayed to the public. It gives a chance to people to see animals closely. As people visit zoos, sometimes they instantly form a bond with the animals.

Sometimes animals also start liking a visitor. Here is an adorable video that shows how a penguin is captivated by a human guest and thinks that she is one of his own kind. 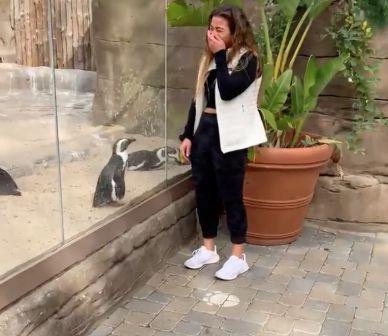 Izzy Meltzer one of the visitors to the Cincinnati Zoo got the attention of one curious penguin. She visited the African penguin enclosure when she noticed that one penguin had got attached to her. The penguin followed her whenever she walked.

She further said that she made a friend and the friend was pecking at her. Soon she came to know why the penguin was so much attached to her. It was her penguin-like black and white outfit that made the penguin believe that she was like him.

Then she starts laughing and walks back and forth and the penguin also walks with her. She wrote on Twitter that that made her dog. The video has been viewed nearly 80,000 times. 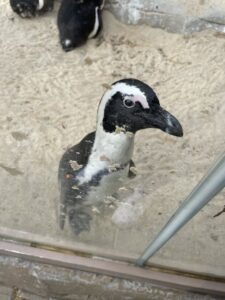 Most of the people have commented positively about the video while some expressed concern that maybe the penguin wants to leave the enclosure.

Cincinnati Zoo has around 30 African penguins. They had a newly built ‘African Penguin Point’ which is designed to give the penguins the best possible habitat.

The zoo also provides them with enough space to encourage breeding which is very important as the African penguin is an endangered species that is threatened in the wild by oil spills and overfishing.

It was a sweet and funny video.