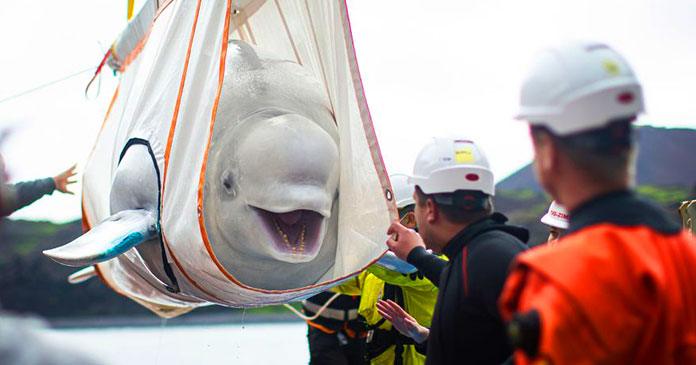 Living life in captivity is not easy and that’s the reason when animals are released into their natural environment, they can’t control their emotions. They are happy to be back in their natural habitat.

That was the case with two Beluga whales who can’t control their smiles when released into the sea. These two Beluga whales were rescued after more than a decade from a Chinese aquarium. There they were used to perform tricks in exchange for fish. 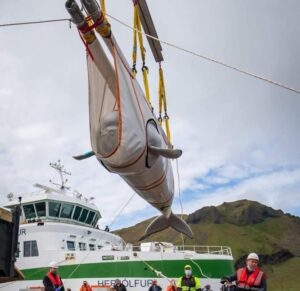 These two whales do not have any experience of living in the wild. They were captured when they were very young and kept captive in a Russian research station. After that, they were transferred to the Ocean World in Shanghai, China. The whales had been kept away from the natural environment since 2011.

They spend more than a decade at the Chinese aquarium and then they were rescued by a UK-based group called Sea Life Trust. The whales were transported more than 6,000 miles from captivity in China to a sea sanctuary center in Klettsvik Bay, Iceland.

In the sanctuary, the Little White and Little Grey will swim with other Belugas for the first time in years.As it was not easy to get them halfway around the world, the two female whales were placed in specially built slings that were designed to protect their bodies. 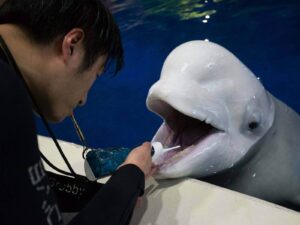 They were placed in a truck after that transferred to a Boeing 747-400ERF cargo aircraft and a tugboat when they finally made it to Iceland.

For the time being, Little Grey and Little White are living in an acclimatization space which gives them the time to adjust to their new natural environment. When they are ready, they would be moved into the 32,000 square-mile sanctuary off Iceland’s south coast which is the world’s first open water reserve for belugas.

For some time, the newly freed belugas have the sanctuary to themselves but soon they might be joined by other belugas.

According to Audrey Padgett, Sea Life Trust’s General Manager, they can feed them, do medical checks, make sure that they are adjusting well there. There are currently more than 300 belugas that are held in captivity across the globe.

Padgett felt that they can learn from Little White and Little Grey and it can help to improve the welfare of other animals. Really we too feel that the learnings from these two whales should help to benefit other whales.