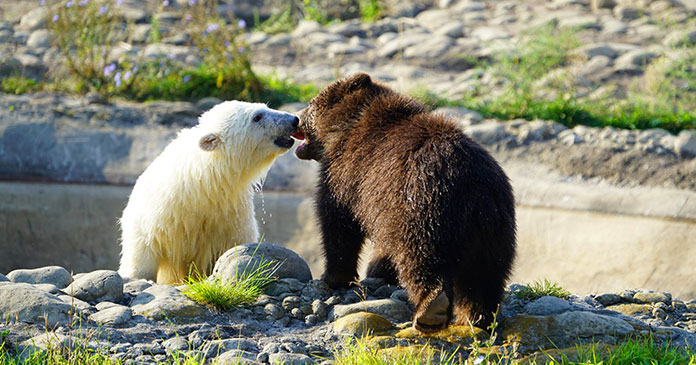 One orphaned bear had formed the sweetest friendship with the polar bear after being rescued and it is really very special. The grizzly bear cub which is named Jebbie now was found in Tok, Alaska as he was wandering around after being orphaned.

The Grizzly bear was rescued by Alaska department of fish and game and found Sanctuary at the Detroit zoo. As the bear was very weak and it was difficult to say whether he would survive or not. But luckily the bear survived. 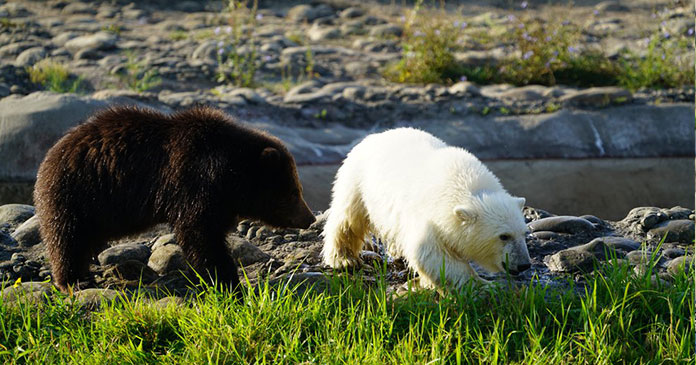 Laerke, the polar bear cub was born in November 2020 what the cub was very weak and it had to be hand-reared. After dad, his mum succa did not recognize him as her cub.

So the polar bear cub was alone in the zoo and they wanted to provide him companion but the problem was that there were no other polar bear cubs in the zoo. Then they heard about Jebbie and decided to bring the two bears together so that they can spend time in each other’s company.

According to Scott Carter, chief life science officer for the Detroit Zoological Society, they were thrilled that they were able to give Jebbie Sanctuary and provide much-needed company for Laerke. He further that social development it was critically important for both Laerke and Jebbie.

Now the two young bears have the perfect companions to spend time with. According to the zoo, they are getting along with each other very well and they play together a lot and spend time in each other’s company. Both the pairs have plenty of space to play. 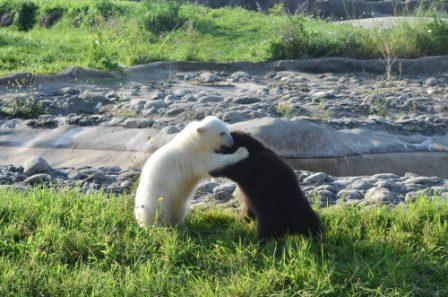 They are found in the Detroit Zoos Arctic ring of life, which is a 4-acre facility e that includes a grassy tundra, freshwater pool, and saltwater pool. Their friendship is winning hearts across the country and even the visitors will have the chance to watch their friendship for many years to come.

We are so happy that both the bears have found each other and they actually deserve this much-needed friendship now.