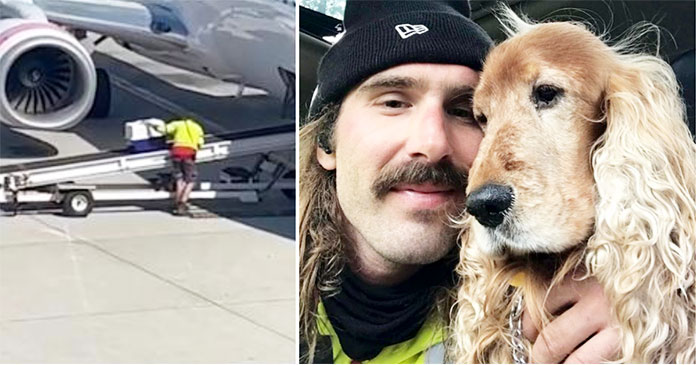 There is one baggage handler who made sure that the puppy should not get scared on his trip. After his video went viral where he was seen comforting the dog, he got the attention of everyone including the CEO. Melbourne Presenter Jacqueline Felgate of Seven News captured the video and shared it on TikTok.

She noticed a baggage handler named Chad, comforting a small dog in a crate. As he was heading in to the Virgin Australia flight, he made sure his brave dog is safe on the plane. When asked what he was telling the dog named Cooper, Chad said that he was trying to ease the dog’s nerves.

He said that he was just reassuring him and asking him if he was ready to board just like the passengers get asked at the gate. He further said that he asked ‘Coopie mate, that he will be fine and he hoped that he had a safe flight and they will see him on the other side.

The TikTok video was hit with the people with a viewership of over 3.3 million. Many people were moved by the video. People were very much interested in the ‘dog whisperer’ and wanted to know more about him. Jacqueline Felgate even interviewed him which was posted on Virgin Australia Instagram.

He was interviewed along with his own dog, Murphy and he was asked if he was single and he confirmed that he was single as girls are trouble. His kindness even attracted the attention of Virgin Australia CEO, who surprised him with a gift.

He got a pair of Business Class tickets from CEO Jayne Hrdlicka and it was to acknowledge his wonderful work. Congratulations, Chad as you got acknowledged for your work and thank you for helping the nervous pup. 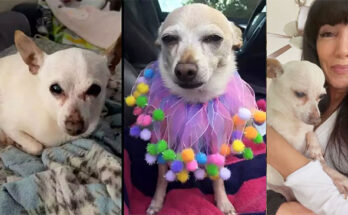