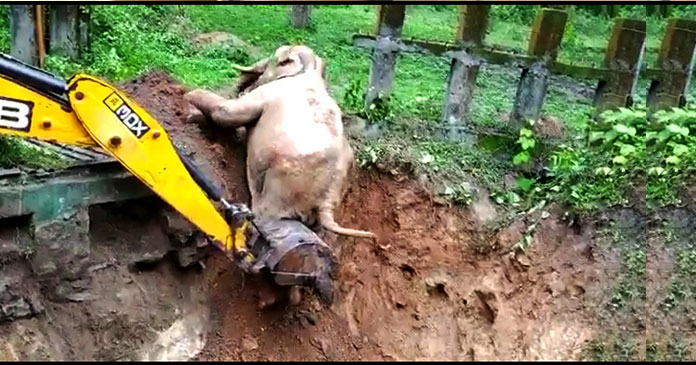 Some rescue really inspires us. Some people are very kind and they are ready to do anything for the animals. Sometimes animals are caught in difficult situations and they need outer help to save them. Bigger animals need more and extra effort for their rescue.

Like an elephant caught in a muddy trench. We know how big a jumbo is. So obviously it needs extra effort to take out an elephant from a trench.

Similarly, an elephant was caught in Karnataka’s Coorg, India. The area is a forest with beautiful hills, spice, and coffee plantations. Coorg is famous for wildlife, the national parks, and wildlife sanctuaries with animals like elephants, gaurs, sambars, deer, and tigers. 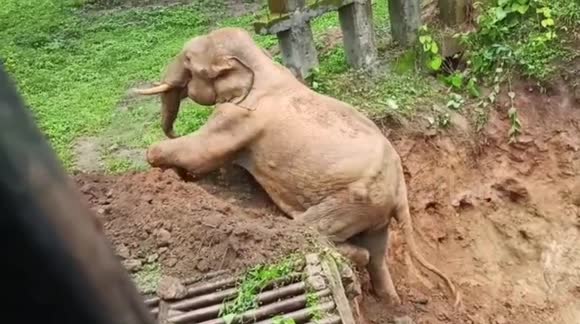 The area is prone to heavy rainfall and in order to prevent soil erosion and conservation of water, the forest department made various trenches.

So we know the jumbos as they are moving especially at night time, there is a possibility the animal may slip in the trench. The same thing happened with this elephant which was caught in a trench.

The elephant was struggling to come out and it was slipping constantly in the trench. The trench was muddy and due to rain, it was more slippery. The struggle of the elephant was seen by some good Samaritans. 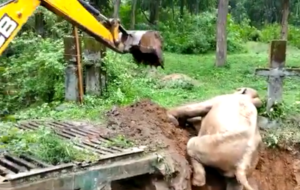 They informed the forest department who called a JCB to help the jumbo. The jumbo was unable to climb up and was falling down. The JCB machine pushed and helped the elephant to climb the trench. At last, the elephant climbed the trench and the onlookers cheered for the forest officials.

After climbing, the elephant which was exhausted and irritated targeted the JCB. The forest officials have to use the cracker to drive away from the elephant.

People of the area really appreciated this effort made by the forest department and praised them. Really the lives of the animals are very precious and we should save them.