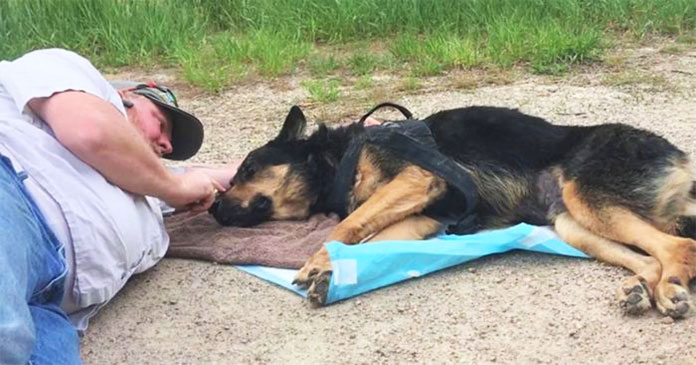 There is nothing as sad as losing your dog. Sometimes it happens that our dog goes missing. We look for it everywhere and try our level best to find it.

The same thing happened to an Army veteran Nick Rankin who served in Afghanistan. He lost his beloved pet and then thankfully he was reunited with it on Veterans Day. 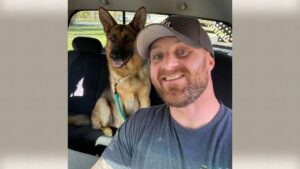 Like many war veterans, Nick also suffered from (PTSD) which is Posttraumatic stress disorder. So he was provided with a service dog to help him through it. His loyal friend helped him through everything.

The name of that friend is Fossy who is a two-year-old German Shepherd and he acted as Nick’s service dog. According to Nick, Fossy was phenomenal as he was his best friend and he went everywhere and he was very friendly with everyone. He was great with other animals and his best friend. 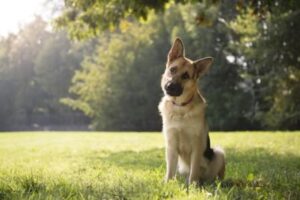 The dog was with him when he shifted from New York to Boardman, Ohio. Sadly the dog got lost in the move after escaping from his kennel.

So it was shocking for Nick, he started the search for his beloved pet and offered a reward of $300. For Nick, Fossy was very important as he not only depended on him for his health but also for companionship.

Nick was also worried as the dog had never been away from him. Nick felt that the dog might be very much scared now as he was never alone since he was 2 months old. Nick further said that his dog was his world. 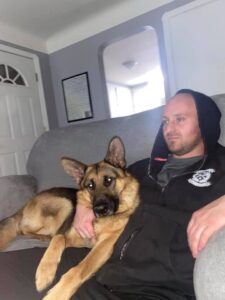 The search went on for one week but there was no information about the dog. At last, he got the good news that his dog was found.

The dog was found four miles away by a local who spotted the dog eating cat food and officials set up a cage to humanly trap the lost pet. Nick was very happy to hear that his dog was found. He said that he felt on top of the world to have him back.

Fossy was happy to be back to his owner. The dog was in good health. Both of them were reunited on Veterans Day. So it was an extra special holiday for the vet.

We are happy that Fossy was found safe and sound. watch video