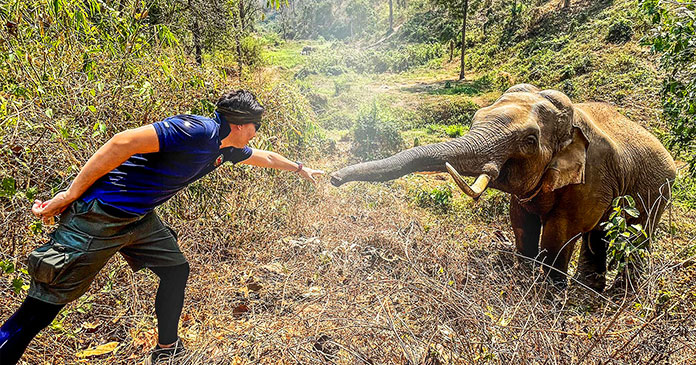 So a very touching scene happened in which a wild elephant seems to recognize the man that cared for him over a decade ago. The name of the vet is Dr. Pattarapol Maneeon who had an unexpected reunion with the elephant whom he rescued 12 years ago.

The elephant named Plai Thang who is now 31 years old was very ill in 2009. He was found sick in the wilderness of Rayong in eastern Thailand by a team of volunteers. 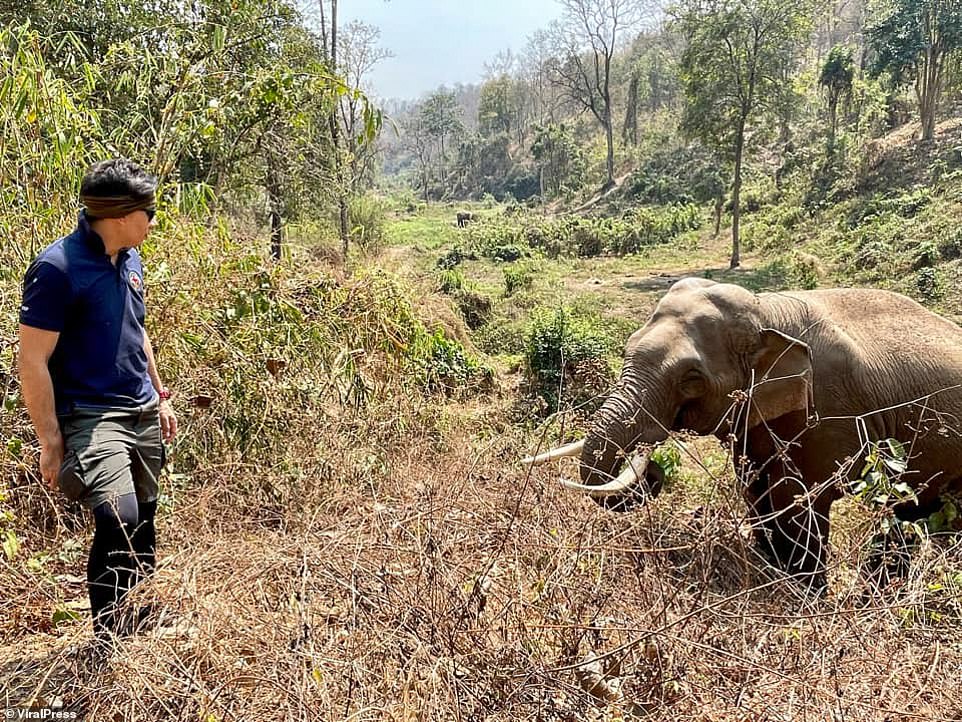 At that time, it appeared that he would not be able to survive. He was suffering from multiple sicknesses such as trypanosomiasis, anemia, or still legs. His condition was so bad that he was not able to eat or drink.

The team of volunteers took the elephant to the Forest Industry Organisation where he was treated by Dr. Maneeon. It was quite a miracle that he recovered and he was then released into the wild, in the same area where the rescue team initially found him. 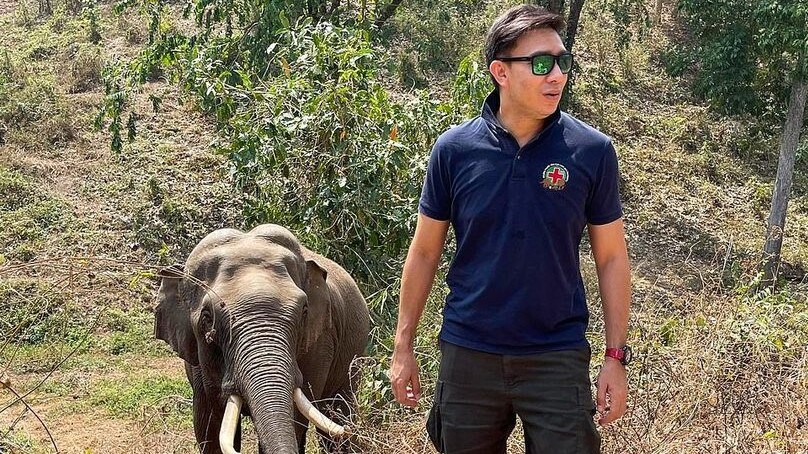 When the elephant reached closer to the vet, he raised his trunk to touch the hand that saved his life. The vet explained that he came to know that the elephant was Plai Thang after the sound he made.

According to the vet, he remembered the sound made by Plai Thang as his noise was very unique. He further added that Plai Thang was very aggressive when they first met him. His body was very weak but soon they learned that the elephant was very smart as he could look after himself very well.

The vet further said that when they met again after many years. It was a very special moment and they greeted each other.

Really this reunion was very special.