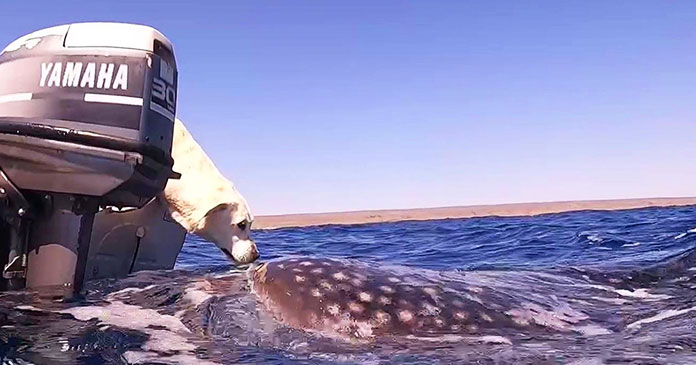 The friendship between different species really surprises us at times. We are really taken aback by seeing the unusual behavior of our pets. 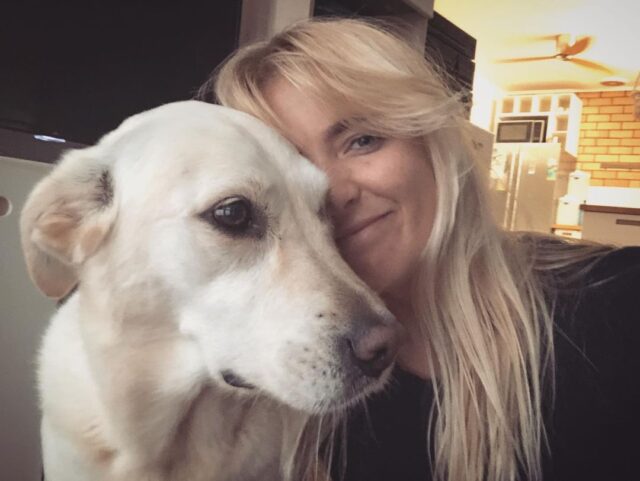 The human mom, Australian diver Jade Pursell, usually takes her dog Sailor on boat trips. Recently, the diver noticed a scene she thought she would never, her beloved friend met a marine creature for the first time.

They were boating off the coast of Australia, close to the Ningaloo Reef when she saw a 22 feet long whale shark come near to the boat. Jade was overtaken by joy as she saw her furry friend sharing a very intimate moment with the whale shark. 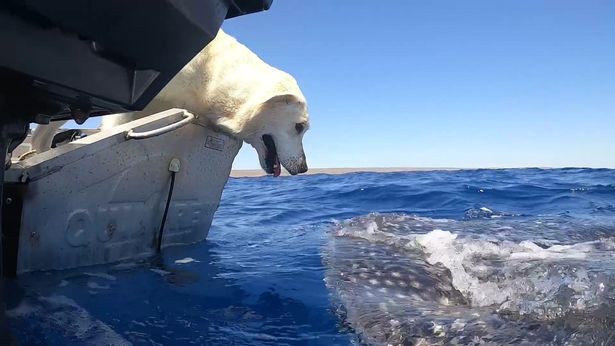 According to the diver, this was the first time, the sailor had met a whale shark. She further said that she asked the dog not to touch the marine creature but she did not listen and she sniffed and kissed the shark.

At first, Jade was worried as she did not know how the dog would react but the moment the whale appeared and the dog started touching her with her nose, her fears disappeared.

She said that she was very happy when she saw her dog getting close to the shark. She further said that the animals are incredible and it could not have gone any better. At first, she was worried about how Sailor would react but when the shark was close to the dog her worry ended. 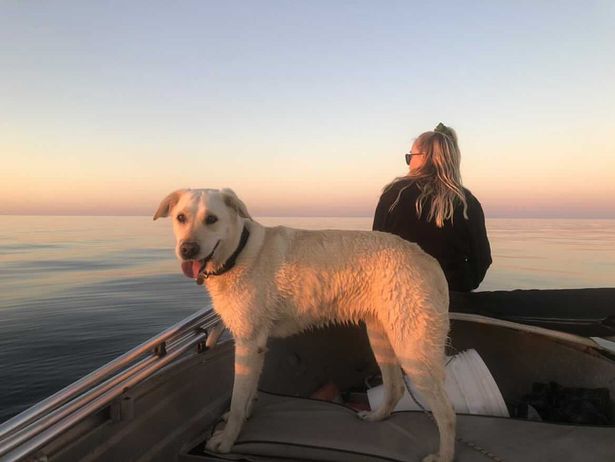 Sailor even become the first dog to ever kiss a whale shark and Jade was very proud of her. According to Jade, it was a very innocent interaction between the animals and she felt very lucky to have seen this.

Really Sailor became the only dog to have kissed a whale shark and it is very special.