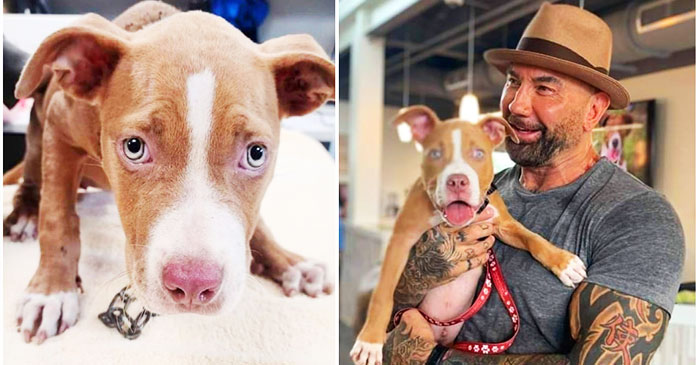 It is really heartwarming when celebrities come forward to help the pets. They are perfect for setting a good example and even the animal gets a new home. Due to their name and fame, attention is being given to the pets in need.

Recently, one movie star came forward to help a neglected dog. He not only adopted the dog but also offered a major reward for information about her abuser.

The incident goes like this- a three-month-old puppy was found by a good Samaritan in a heartbreaking condition. The puppy had a metal chain tied around its neck so tightly that it almost entered her skin. 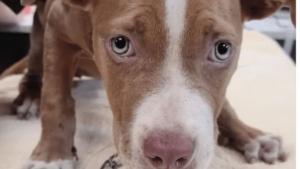 The plight of the dog did not end here, it was seen eating garbage when the witness took her in and brought her to the Humane Society of Tampa Bay. The dog had to undergo surgery for the removal of the chain from the neck. The dog even suffered from skin issues and overgrown nails.

The dog was named ‘Sage’ and it was said that the dog was very friendly and sweet in spite of the pain it suffered. The story of Sage went viral and her story broke many hearts including that of one of Hollywood’s biggest tough guys, Dave Bautista.

Before becoming a movie star, Bautista was a WWE professional wrestler. His best roles include Drax the Destroyer in the Guardians of the Galaxy. Apart from acting, his other love is dogs. So when he came to know about the story of Sage, he decided to help the dog. 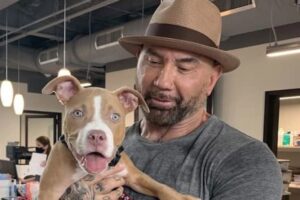 In his post which was loved by his 3.6 million followers, Bautista offered a $ 5,000 cash reward to the person who gives information leading to the arrest of Sage’s abuser.

According to Bautista, there was nothing more innocent and pure than a puppy. For him, the person who mistreats a puppy had to be the lowest form of human being, pure evil.

As Bautista offered the reward, even the Humane Society came forward and offered $ 1500 in addition to Bautista’s offer.

But so far there is no lead in the case. The good news is that Sage had found a forever home and the dog was adopted by none other than the actor himself.

He introduced the dog saying that her name is now Penny Bautista and she will never be abused again in her life. Thank you to Bautista, for rescuing the dog.