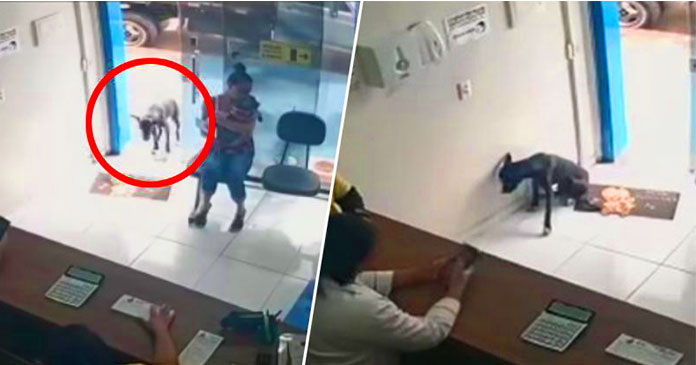 Dogs are blessed with more intelligence than other animals and they know where they have to go whenever they need help. Maybe they live with humans and our society, that they understand the particular place they have to go and get the help.

Stray dogs live on the streets and they look after themselves and they knew exactly where they have to go for food, shelter, and other things. 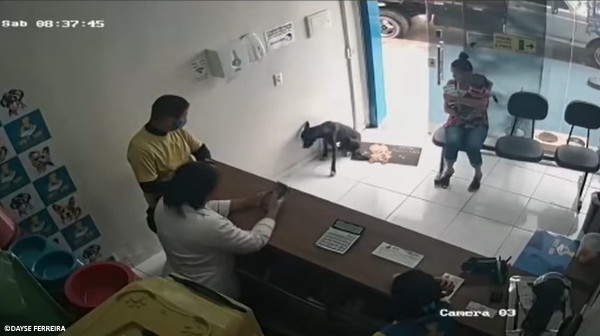 Recently one stray dog got injured and he knew where he should go for the injury. He had injured his paw and he ended up at the right place to get the help.

Dayse Ferreira is a veterinarian and she works in a clinin in Juazerio Do Norte, Brazil. She was surprised by a very patient recently. Her patient was a dog who came on his own. He was not accompanied by his owner and it appeared that he was a stray who just wandered in off the street. 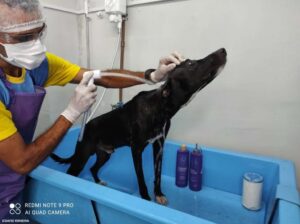 Ferreira said that when he entered, he put the injured paw forward to say hello and to show that he was hurting. She said that she was surprised as he knew where he should get the help.

Ferreira found that the dog not only had an injured paw but also appeared sick, so the doctor decided to take the dog in for an examination.

Ferreira said that the dog let her examine him and after some tests, it was found that the dog was having a small tumor and was covered in fleas. So it was possible to treat the dog and he was given a nice bath. The dog wanted to be around people who treated him well. 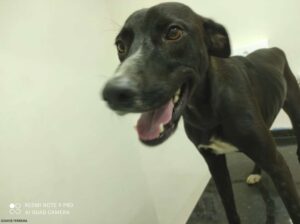 The dog is named Quindim and he has been recovering well. The dog is reacting well to the chemotherapies, and to the drugs. He is very loving and playful. He runs and plays well with other animals.

There is good news for the dog as his story went viral, he got many adoption requests. It seems that he will soon get a forever home and family.

The dog was really smart. Even the vets did an incredible job by helping the dog.