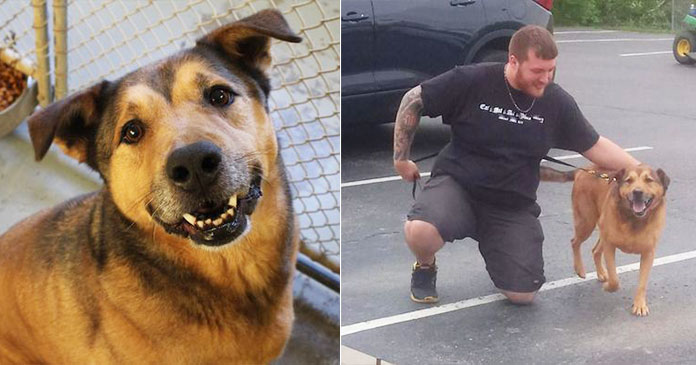 Rejection is difficult for everyone. It breaks one’s confidence and morale. When it comes to animals, they are also broken by this. Here is the story of a dog who suffered rejection for a long time before finally finding a home.

The name of the dog is Higgins which is a German Shepherd. When he was a puppy, he was readily adopted but the traumatized pooch ran back to the shelter. The staff at the shelter realized that Higgins was not happy in his new home and no one came looking for him. 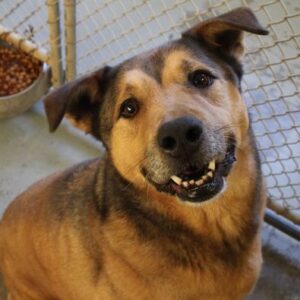 After that incident, the dog spent almost six and half years in the shelter as he was stuck in there. According to the volunteers of the Humane Society of Preble County in Ohio Higgins spent 2381 days in the shelter after the rejection.

His rejection had affected his mental health as he became very sad and confined himself to a lonely corner. As he was getting older, chances of him getting adopted were becoming very less. The shelter even pleaded with the people to give this sweet and charming dog a fair chance and protect him from the misery of an unfulfilled life. 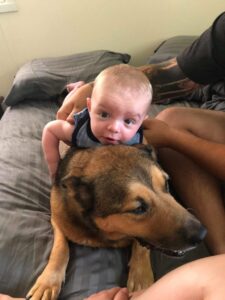 It seems that this worked and Higgins was able to find a forever happy home. A kind man named Brendon Reed came forward and showed his desire to adopt Higgins. The pair instantly clicked and they looked like they were made for each other.

It is a really happy news that Higgins got the second chance that he deserved. We are happy for Higgins and we wish him all the happiness that he missed during these years. Congratulations Brendon, you got a gem.