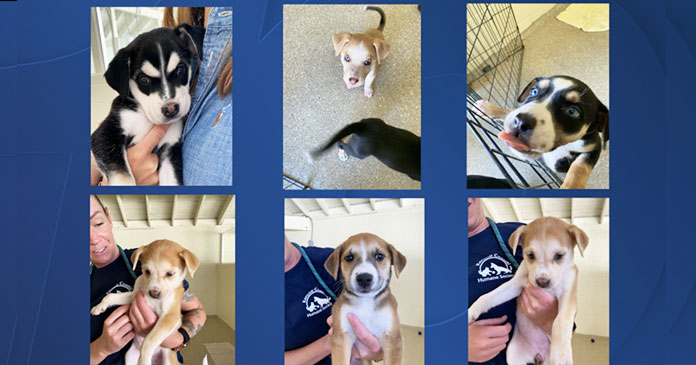 Sometimes people leave the innocent animals like they wanted to take revenge on them. They are left in the middle of nowhere like they are punished for being an animal. 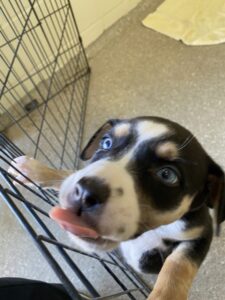 The sight was really very sad. These incidents continue to happen. Many people abandon their unwanted pets without thinking about what would happen to them.

They are not worried about rehoming them or surrendering them to a shelter. They do not care about what would happen to them. That is really not good.

It is not like they are not having the option. They are having many options like shelters homes and rescues so leaving puppies or kittens in a box beside a freeway is not an option.

Here the puppies are now in good hands. They have been receiving medical attention and will soon be available for adoption. The puppies will be spayed/neutered, fully vaccinated, and microchipped. 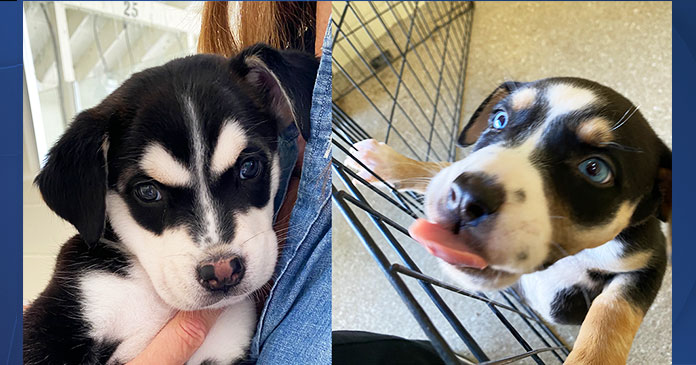 There are six females and one male. As they were found before Halloween, they have been named after that. The male pup is named Jack Skellington and the females are Caroline, Zero, Oogie Boogie, Sally, Pumpkin, and Ghost. The puppies are under the care of Rancho Coastal Humane Society and they asked interested adopters to check their website.

It is really heartbreaking that some people did not care about what would happen to puppies in such conditions. But it is quite relaxing to know that the puppies are safe and hopefully they will soon get a new home.