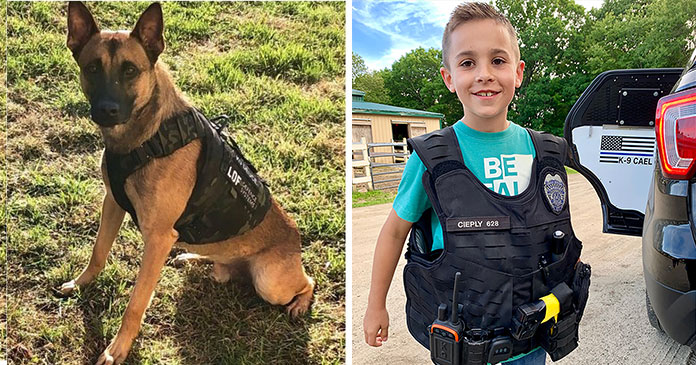 Kindness towards animals is one of the best things we expect from human beings. It is the bare minimum expectation all of us should hold that we should be kind to the animals with whom we share this planet.

Luckily there are people who work to protect animals and better their lives and they can be regarded as animal heroes. They should be hailed for the work they do and the difference they make.

One such brave hero is a 10-year-old boy from Strongsville, Ohio. His name is Brady snakovsky. Two years ago he came to know that the police dogs are not provided with bulletproof vests like their handlers are and he didn’t like this thing. 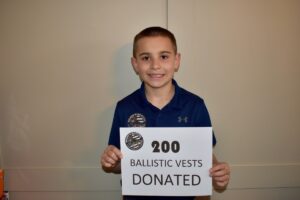 According to the report the young boy was watching an episode of live PD with his mom Leah Tornabene when he came to know that the police K-9s officers also have to go into similar dangerous situations but without the same level of protection as their handlers.

He was really not happy and this thing was totally unacceptable to him so he decided that he would do something about it. He established a GoFundMe page to receive donations which would allow him to buy more vests for the brave dogs who were serving in the police force. In 2018, Brady got enough money to buy the first four vests for the Ohio State Troopers.

Brady took his mission very seriously and he wrote to the local congressmen for help and even spread the word so that more people knew what he was trying to achieve. Brady created a nonprofit organization to raise money to supply bulletproof vests to police and military dogs. 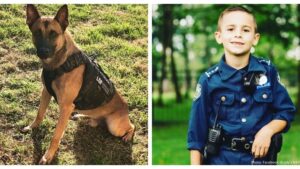 At present, Brady’s K9 Fund has supplied protective vests to 257 dogs raising the amount of $315,000.
According to Brady’s mom, they were watching the show together and she had not even noticed that the dog was not wearing a vest.

It was quite surprising that a child at the age of eight would be able to recognize such a thing and he could even find a solution to the problem.

Brady even wanted to become a police officer like his stepfather when he grew up so that he could protect people. Thank you Brady for helping the dogs with vests. You are a true animal hero. Proud of you.