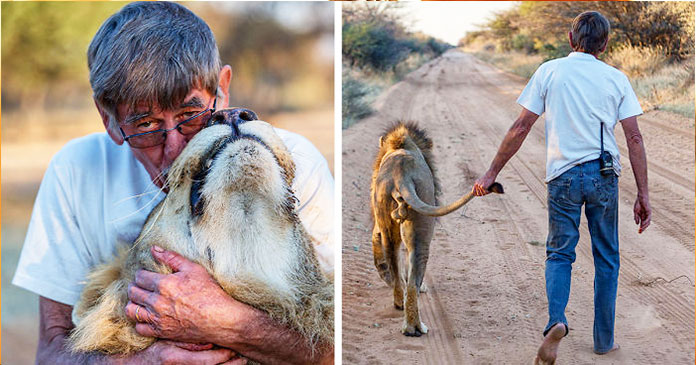 Like human beings, even animals form friendships. Though most of the animals have acquaintances, very few species are capable of true friendship.

Sometimes animals form friendships with human beings and that becomes very special. Frikkie Von Solms has spent almost the whole of his life taking care of wild cats in South Africa. Of all these years, 11 years he has been taking care of Zion. 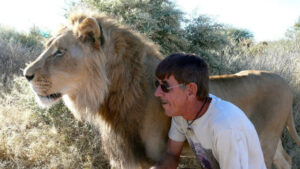 11 years is a long time and the pair have formed a strong friendship, becoming the best of friends. Zion is a very gentle and loving African lion who was born in captivity. He was separated from his family when he was threatened by his father.

At that time, he was very young and wanted someone to look after him. It is at that time when Von Solms came and acted as his father as the young cub was looking for a parental figure.

As he was born in captivity so it was not possible for him to be released back into the wild, so Von Solms acted and decided to adopt him as a newborn cub. 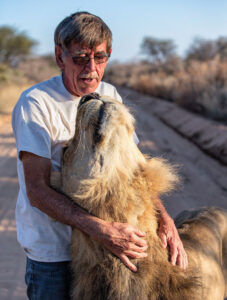 As he was under the care and protection of his caretaker, he turned into a little softie, a gentle giant as he was surrounded by love and safety.

Zion is so soft-hearted that he is troubled by the sound of shoes walking on the ground. Von Solms is very caring and in order to make Zion comfortable often removes his shoes before taking his big cat pal out for a walk.

Von Solms feels that it was once in a lifetime experience to grow with him and live with him through all the stages of a male lion. He says that people talk about lions as they are just some African cats but they have personalities, they have humor, and laugh. 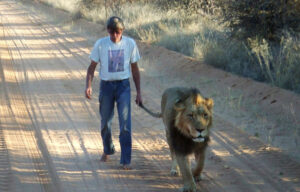 Von says that Zion is a gentle giant and he had never attacked humans and he trusts him completely. These friends share a bed and a truck. Von Solms wants to show that though lions can be dangerous, some of them are just big soft-hearted creatures.

How special it becomes when one has such a close bond with an animal.